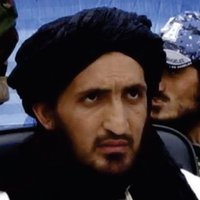 Abdul Wali is also known as Omar Khalid Khorasani. He was a journalist and poet. His poetry was mostly religious and devotional in praise of Muhammed. He became radicalized at an early age. He joined a group fighting Indian rule in Kashmir before 2001. Today, he leads a militant faction affiliated with Tehrik-e-Taliban Pakistan (TTP) that's called Jamaat ul-Ahrar (JuA). He's reportedly operating from the Nangarhar and Kunar Provinces of Afghanistan. Under his leadership, JuA has been one of the most operationally active TTP networks in Punjab Province and has claimed multiple suicide bombings and other attacks throughout Pakistan. In March 2016, JuA conducted a suicide bombing at a park in Lahore killing 75 and injuring 340. In August 2015, JuA claimed responsibility for a suicide bombing in Punjab that killed the Punjab Home Minister, Shuja Khanzada, and 18 of his supporters. The United States added him to its wanted list on March 7, 2018 and is offering $3 million for information that brings him to justice.