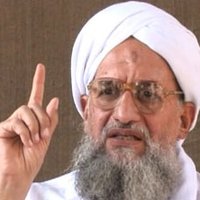 Zawahiri is the current senior leader of al-Qaeda. He was second in command until chosen to replace Osama bin-Laden. He is an Egyptian. He was born near Cairo on June 19, 1951. He studied at Cairo University Medical School and became an accomplished surgeon who treated many Mujahideen during Russia’s Afghanistan occupation. Since his university days, Zawahiri led a double life of terror sponsorship and sedition. He founded the organization Egyptian Islamic Jihad in the 70s, and his tactics pioneered suicide bombing. Zawahiri worked closely with Bin Laden over the years. In 1998 he and his Egyptian organization merged with Al Qaeda, through which he orchestrated terrorism on a global scale.