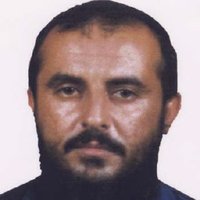 Twice Jamal has escaped from prison in Yemen for the 2002 bombing of the USS Cole in the port of Aden. He facilitated the attack by locating the boat that would be used, and leasing safe houses for operatives and preparation. He trained for terrorist operations in Afghanistan sometime between 1990 and 2000. Jamal is at-large and thought to be hiding in Saudi Arabia. He was born on July 22, 1960 in Yemen. The U.S. Department of Justice is offering $5 million for information that brings him to justice.