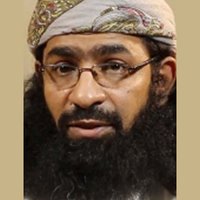 Khalid Saeed al-Batarfi is also known as Abu al-Miqdad al-Kindi. He leads Al-Qaeda in the Arabian Penninsula (AQAP). He took charge after Qasim al-Raymi's death in January 2020. He is Saudi Arabian. He was born in Riyad between 1978 and 1980. He started training with Al-Qaeda in Afghanistan in 1999. He fought against US and Northern Alliance forces in Afghanistan in 2001. He joined AQAP in Yemen in 2010. He led a take over of Yemen's Abayan province in 2011. Security forces of the Yemeni Taiz province captured him in 2011. He spent four years in prison at the seaport city of Mukalla in Yemen's largest province Hadramaut. He escaped prison in April 2015 during a battle when Al-Qaeda briefly controlled Mukalla. From 2015 to 2020, he was Al-Qaeda's field commander of Al-Qaeda forces in Hadramaut. The US Department of Justice is offering $5 million for information that brings him to justice.