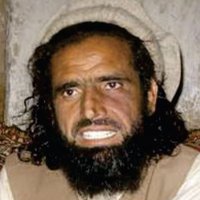 Mangal Bagh is also known as Mangal Bagh Afridi. He was born in Khyber Agency, Pakistan. It's being reported that he was killed in a shootout with rivals in August 2019, but he's been incorrectly reported killed in the past. He is a member of the Sepah Afridi tribe. He studied at a madrasa for several years and later fought alongside militant groups in Afghanistan. Today, he is the leader and possibly founder of Lashkar-e-Islam. It is a militant group operating in Khyber Agency, Pakistan. He has routinely shifted alliances to protect illicit revenue streams while enforcing an extreme version of Deobandi Islam in the areas of eastern Afghanistan and western Pakistan that he controls, like the Nangarhar Province of Afghanistan. The United States added him to its Rewards for Justice wanted list on March 7, 2018, and is offering $3 million for information that will bring him to justice.