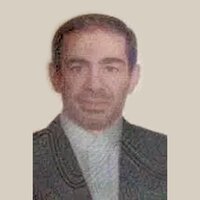 Muhammad Ja’far Qasir is also known as Shaykh Salah, Mr. Fadi, Majid, Eynaki, and Hossein Gholi. He is a key Hizballah financier. The US Department of Justice is offering $10 million for information that will disrupt his financial dealings with Hizballah. He is known for illegal smuggling and procurement activities and other criminal enterprises. He is a conduit for financial disbursements from Iran’s Islamic Revolutionary Guard Corps-Qods Force (IRGC-QF) to Hizballah. He oversees several front companies facilitating the transfer of funds to Hizballah and the transfer of weapons, technology, and other support from Syria to Lebanon. He was born in Dayr Qanun Al-Nahr, Lebanon, on February 12, 1967. He is likely operating from Syria.