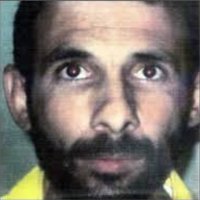 Mu'taz Numan 'Abd Nayif Najm al-Jaburi is also known as Abu Fatima al-Jaheishi, Abu Fatima al-Jiburi and Haji Tasir. He is member of ISIS’s predecessor organization, al-Qa’ida in Iraq (AQI). He has overseen bomb-making for ISIS terrorist and insurgent activities. He spent time in charge of ISIS operations in southern Iraq, also later in the northern city of Kirkuk, and as Governor of the South and Central Euphrates region of the Islamic State (IS). The U.S. Department of Justice is offering $5 million for information leading to his capture. With ISIS defeated on the battlefield the U.S. Department of Justice remains determined to identify and find the group’s leaders in order to thwart ongoing global ambitions.