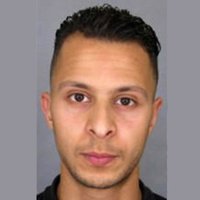 Salah Abdeslam is alleged to have helped with terrorist attacks on a theater and restaurants in Paris on November 13, 2015, killing 130 people and wounding 368 others. He assisted by renting cars, apartments, and hotel rooms. He's thought to have been acting on behalf of the "Islamic State of Iraq and Syria" (ISIS). Police apprehended him in Brussels after a four-month manhunt. He's been extradited to France for trial. He is a Frenchman descended from Moroccan immigrants. He was born in Belgium on September 15, 1989. He and Mohamed Abrini were childhood friends. He some time in 2014 fighting for ISIS in Syria.

For more information from Wikipedia: