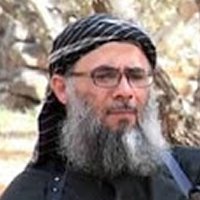 Sami al-Uraydi is also known as Abu Mahmud al-Shami. He carries the titles of Sheikh and Doctor. He is a senior sharia official for an al-Qa'ida affiliate in Syria called Hurras al-Din. He was a senior sharia official for the al-Nusrah Front in Syria until he left them in 2016. He was born in Amman, Jordan in 1973. He has a bachelor's degree in religious studies and a master's degree in Hadith studies. Both degrees are from the University of Jordan. The US Department of Justice is offering $5 million for information leading to his capture.