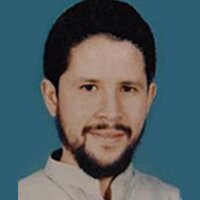 Abd al-Rahman al-Maghrebi is also known as Mohamed Abbatay. He heads Al Qaida's External Communications Office. The US Department of Justice is offering $7 million for information about him. He currently operates in Iran from where he oversees Al-Qaida activities worldwide. He is son-in-law to Ayman al-Zawahiri and is seen as someone who can replace Zawahiri's leadership. He was born in Marrakesh, Morocco, in 1970, and he is a Moroccan citizen. He studied software programming and electrical engineering at a university in Germany in the late 1990s. He went to Afganistan in 1999. He fled to Iran shortly after the US invaded Afghanistan, but returned in 2012 to serve many years as Al-Qaida's general manager there and in Pakistan.