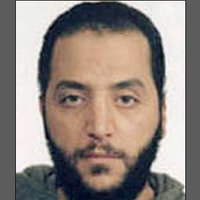 Abd al-Rauf Bin al-Habib Bin Yousef al-Jiddi (a.k.a. Abderraouf Jdey) is a member of Al-Qaeda and a Canadian citizen. He was born in Tunisia on May 30, 1965. He left a suicide note at his home and a suicide video at a safe house in Afghanistan, hinting he was to have been either a 9-11 hijacker or part of a second wave. He left Tunisia in 1991, and immigrated to Canada in 1995, where he studied biology at the University of Montreal. From 1999 to 2000, Jdey trained in Afghanistan and associated with some 9-11 hijackers. No one knows where Jdey is today, though he may have been seen in Turkey in 2002.