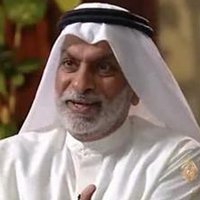 Abdallah Al-Nafisi is a university porofessor in Kuwait. On February 2, 2009, he gave a speech which aired on Al-Jazeera TV in which he recommended biological and nuclear attacks on the United States, and in which he praised terrorists like Mullah Omar as "the world's most God-fearing people."