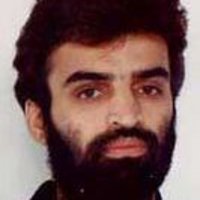 Abdul Hakim was born January 4, 1968 in Pakistan. He is currently serving his time in the United States Penitentiary in Marion, Illinois for his part in planning to blow up trans Pacific jumbo jets in Operation Bojinka. He attended a series of flight schools all across America and in the Philippines and received a Commercial Pilot certificate. He had plans to plant bombs aboard two United Airlines aircraft and fly a suicide plane into CIA’s Langley headquarters. He was arrested in the Philippines in 1995, when he returned to his apartment to retrieve a laptop computer after a fire had been extinguished that had been accidentally started by bomb making chemicals.