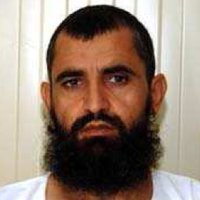 Abdul Haq Wasiq is one of five detainees released from Guantanamo Bay on June 1, 2014 in exchange for US Army Soldier Bowe Bergdahl who was being held by the Taliban-aligned Haqqani network. He was deputy chief of the intelligence service for Taliban-ruled Islamic Emirate of Afghanistan. He had direct access to Taliban and Hezb-e-Islarni Gulbuddin leaders. He helped the Taliban form alliances with other groups of Islamic fundamentalists to fight Coalition forces in Afghanistan after the US invasion there. The other four detainees released in exchange for Bergdahl are Khairullah Khairkhwa, Norullah Noori, Mohammed Nabi Omar, and Mohammad Fazl.