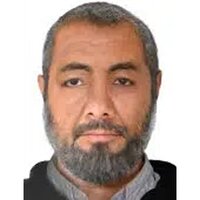 Abdul Reza Shahla’i is also known as Haji Yusef and as Abu al-Karkh. He is an Iranian Brigadier General. He commands Iran’s Islamic Revolutionary Guard Corps–Qods Force (IRGC-QF) in Sanaa, Yemen. He is linked to attacks on US troops in Iraq and to an assassination attempt on the Saudi Ambasador in Washington DC. The US Department of Justice is offering $15 million for information on his financial activities, networks, and associates. He was born in Iran around 1957. He circulates between Iran and Yemen.