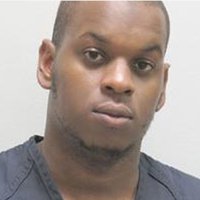 Abdulhakim Mujahid Muhammad, formerly Carlos Bledsoe, grew up in Memphis Tennessee. He is an American home-grown terrorist and "lone-wolf" actor. Carlos converted to Islam after the 2001 terrorist attacks on America. In 2007, at the age of 21, he traveled to Yemen where he was apprehended and deported back to the USA for traveling on a fake Somali passport. He claims he was not radicalized in Yemen. On June 1, 2009 he shot two soldiers outside an Army recruiting office in Arkansas. He wounded one and killed the other. Prior to the shooting, he appears to have used the Internet to research military, Jewish, and Christian targets across five states. In an interview with the AP, Carlos said he acted out of revenge for claims that U.S. troops had desecrated copies of the Qur'an and killed or raped Muslims. He also said to the AP, "I don't think it was murder because murder is when a person kills another person without justified reason."

Read more on Carlos aka Abdulhakim Mujahid Muhammad at Wikipedia