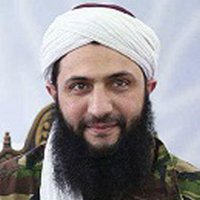 Abu Muhammad al-Julani leads the branch of Al-Qaida in Syria called the al-Nusrah Front (ANF). He also goes by al-Golani, Abu Ashraf, Ahmed Hussein al-Shar'a, and al-Sheikh al-Fateh. The U.S. Department of Justice is offering $10 million for information leading to his capture. He was born in Syria sometime in the late 1970s. He fought American troops in Iraq beginning in 2003. He was detained for some time at Camp Bucca and was released from there in 2008. He has four brothers and two sisters. He is the fourth born.