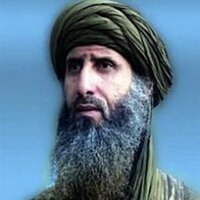 Abu Ubaydah Yusuf al-Anabi is also known as Yazid Mabrak and Abou Obeida. The US Department of Justice is offering $7 million for information leading to his capture. He is wanted as leader the leader of al-Qaeda in the Islamic Maghreb (AQIM). He was born in Annaba, Algeria, in 1969. He studied economics at the Algerian University of Constantine. He has been an active militant since at least 1989. He served in the Islamic Salvation Front, the Islamic Salvation Army, and the Salafist Group for Preaching and Combat before replacing Abdelmalek Droukdel as the second Emir of AQIM in November 2020.