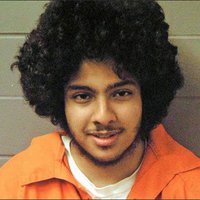 Adel Daoud was arrested on September 14, 2012 after he allegedly attempted to detonate what he believed to be a car bomb in front of a bar in downtown Chicago. He was 18 years old. He is a U.S. citizen and resident of the Chicago suburbs. According to an affidavit in support of the complaint, beginning in about October 2011, He used e-mail accounts to obtain and distribute material, some of which he purported to author, relating to violent jihad and the killing of Americans. He acted alone, but had attempted to recruit others. He was allegedly motivated to target U.S. citizens because of what he perceived as American abuses overseas and because he believes the U.S. is at war "with Islam and Muslims."