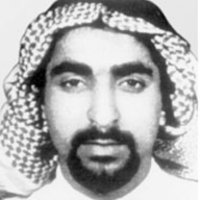 Ahmad Ibrahim al-Mughassil is also known as Abu Omran. He was born in Saudi Arabia in 1967. He headed the military wing of pro Iranian Saudi Hezbollah. With help from Iranian officials, he planned and orchestrated the 1996 attack on the Khobar Towers US military barracks in Saudi Arabia. He actually drove the bomb truck to within 80 feet of the building and made his getaway as a passenger in an accompanying sedan. According to Saudi officials, he was captured in Beirut back in August 2015 soon after traveling there from Iran. He has supposedly been transferred to Saudi Arabia for trial. The US State Department is still offering $5 million for him to be brought to justice.