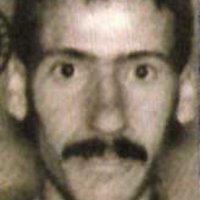 Ahmad Mohammad Ajaj was born in 1966 in the West Bank. He is serving a 240-year sentence at the at United States Penitentiary in Terre Haute, Indiana for his role in the 1993 World Trade Center bombing. Some of Ahmad's past activities include immigrating to Houston, TX, delivering pizzas, traveling on multiple fraudulent passports, and learning to make bombs in Afghanistan.