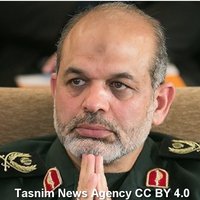 Interpol wants to arrest Ahmad Vahidi for his alleged part in bombing a Jewish community center in Argentina in 1994. In August 2009, he became Iran's defense minister. Although he denies involvement with the bombing, he formerly commanded an Iranian Army unit involved in secret expeditionary operations.