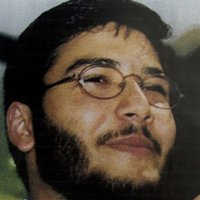 Ahmed Omar Abu Ali was captured in 2003 by Saudi authorities while taking exams at the Islamic University of Medina. He was sentenced to 30 years in a Virginia court for participating in an Al Qaeda terror cell planning hijackings and the assassination of President Bush. He was born in Houston, TX and raised in Falls Church, VA. He graduated from the Islamic Saudi Academy high school in Alexandria as the valedictorian. In 1999, he started an electrical engineering program at the University of Maryland but left it in 2000 to study Sharia law in Saudi Arabia.