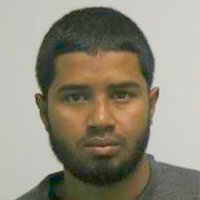 Akayed Ullah detonated a pipe bomb that was a partial dud at a Port Authority Bus Terminal in New York City on December 11, 2017. The bomber and three other people were injured. Akayed was born in Bangladesh on March 25, 1990. He immigrated to the US in 2011. His wife and child remained in Bangladesh. He drove a taxi from 2012 to 2015. He explained upon questioning that he was following ISIS on the internet, that had been reading their Inspire magazine, and that he'd learned how to make an explosive device through instructions on line. He was apparently hoping to die and take many with him in the explosion. He began serving life in prison in 2021.