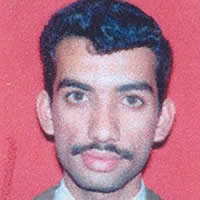 Ali Abd al-Aziz Ali, also known as Ammar al-Baluchi, has been held at Guantanamo Bay for connections with several of the 9-11 hijackers and other known terrorists. He is being sent to New York for trial. Most of the money transferred to the hijackers from the U.A.E. came from his and Mustafa al-Hawsawi's accounts. When captured in Pakistan in 2003, he was carrying correspondence for Osama bin Laden> from Saudi Muslim scholars. Khalid Sheikh Mohammed is his maternal nephew. Ramzi Yousef is his cousin.