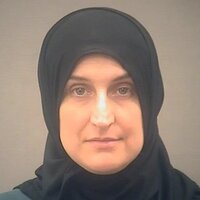 Allison Fluke-Ekren is also known as Allison Elizabeth Brooks, Allison Ekren, Umm Mohammed al-Amriki, and Umm Jabril. She was sentenced to prison for 20 years on November 1, 2022 for organizing and leading an all-female military battalion in Syria on behalf of the Islamic State of Iraq and al-Sham (ISIS). She was born in Kansas in 1980 and was raised in Kansas. She has college degrees in biology and teaching. She moved with her husband and four children to Egypt in 2008. She moved with her family to Benghazi Libya in 2011 and became active with Ansar al-Sharia there. In 2012, they moved through Turkey to serve with ISIS in Syria and Iraq until 2019. In May 2019, Allison surrendered to a local police station in Syria. In January 2022 she was transferred to the USA for prosecution.