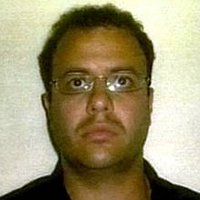 Assem Hammoud was born July 6, 1975 in Beirut. He was arrested by Lebanese armed security forces in 2006 for plotting to blow up tunnels beneath the Hudson River with a team of backpack suicide bombers. He was reported to be out on bail in 2008. He was a professor at the Lebanese International University. He studied finance and economics in Canada for six years in the late 1990s. Speaking English, French, German, and Arabic, he chose the nom de guerre Amir Andalousi, meaning “Spanish Prince,” and referring to the time when Spain was under Muslim control and his ancestors migrated to Lebanon.