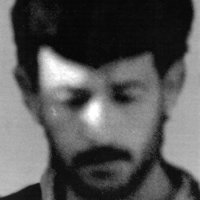 Hassan was born in Lebanon in 1963. He is an operative with Hezbollah in Lebanon. On June 14, 1985, he was part of a group that hijacked TWA flight 847 from Athens to Rome. During the 17 day ordeal in which Navy diver Robert Dean Stethem was killed, flight 847 made two trips to Algiers. The U.S. Department of Justice is offering $5 million for information that brings him to justice.