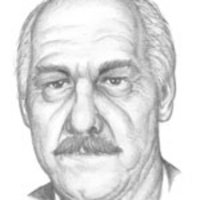 Husayn Muhammed al-Umari allegedly built the bomb that exploded aboard Pan Am flight 83 on its way from Tokyo to Honolulu in 1982. The explosion killed one passenger and wounded 16 others. Authorities believe he is a master bomb maker and responsible for other terrorist bombings. They think he was once a leader of the "15-May" terrorist group. He holds a Lebanese passport. He has a wife living in Lebanon. He has two sons and two daughters. He was born around 1936 in Jaffa, Palestine. He has lived in Iraq. He is reportedly armed when he travels. The U.S. Department of Justice is offering $5 million for information that brings him to justice.