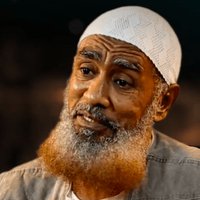 Senior Staff with al-Qaeda in the Arab Peninsula

Ibrahim Ahmed Mahmoud al-Qosi is also known as Sheikh Khubayb al-Sudani and Mohammad Salah Ahmad. He is on the staff of the leader of al-Qa'ida in the Arabian Peninsula (AQAP) and is said to manage its payroll. He was born in Atbara, Sudan in 1960. He is a Sudanese citizen. In the 1990s he fought with Jihadists in Afghanistan and Chechnya. Pakistani authorities caught him fleeing Afghanistan in December 2001. He went into detention at Guantanamo Bay. He was repatriated to Sudan in 2012. An AQAP video released in 2015 showed him in leadership there while encouraging "individual jihad." The US Department of Justice is offering $4 million for information that brings him to justice.