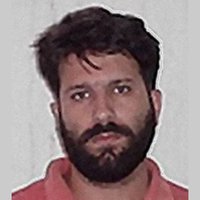 Jamal Saeed Abdul Rahim is also known as Ali al-Jassem Fahd. He was born on September 5, 1965 in Lebanon. He is Palestinian by nationality. He is wanted in connection with the hijacking of Pan Am flight 73 on the ground in Karachi, Pakistan on the September 5, 1986. The US State Department is offering $5 million for information that brings him to justice. He was reported to have been killed in Pakistan by a U.S. drone strike in 2010 but his death wasn't confirmed, so he remains on the FBI's most wanted terrorist list.