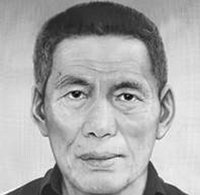 Junzo Okudaira was born on February 2, 1949. He was a member of the Japanese Red Army terrorist group when he allegedly exploded a car bomb outside the USO Club in Naples, Italy, on April 14, 1988. That blast killed five and injured fifteen. He is also allegedly connected to a 1987 car bombing and mortar attack on the US Embassy in Rome. The US Department of Justice is offering $5 million for information that brings Junzo Okudaira to justice.