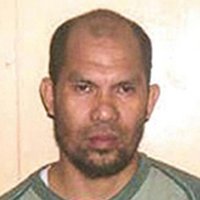 Abu Sayyaf Leader and Financier in the Philippines

Khair Mundos was arrested in Manila in 2014. He was a key leader and financier of the Philippines-based Abu Sayyaf Group. The US Department of Justice was offering $500,000 for information leading to his arrest. He was captured in 2004, but he escaped from a provincial jail in 2007. While in custody, he confessed to arranging funding for terrorist bombings throughout Mindanao.