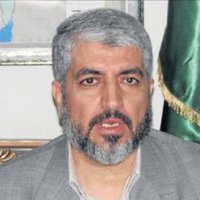 Khaled Mashal was born in 1956 in the West Bank. He became an Islamist Palestinian leader during his education in physics at Kuwait University during the 1980s. Directing HAMAS’ political bureau from Damascus, he is considered to be its highest-ranking member, and he claims responsibility for directing numerous Palestinian suicide attacks. He was married in 1981, and he has seven children.