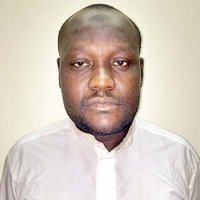 Khalid al-Barnawi was captured by Nigerian military forces in 2016. He is also known as Mohammed Usman. He was born in Nigeria in 1976. He was reported to be a leader of a Nigeria-based terrorist part of Boko Haram commonly called Ansaru. He sought to establish an Islamic caliphate in Nigeria. He has close ties to al-Qaida in the Islamic Maghreb (AQIM) and has sought to target Westerners, including Americans. He and Ansaru have committed multiple acts of terrorism against civilians and Nigerian government officials. He reportedly helped plan the May 2011 kidnapping of a British and an Italian engineer, who remained hostages until they were killed in March 2012. On November 26, 2012, Ansaru members raided a police station and freed detained terrorists. Ansaru also claimed responsibility for the December 19, 2012 kidnapping of a French engineer in northwestern Nigeria, and the February 16, 2013 kidnapping and subsequent execution of seven construction workers from Britain, Greece, Lebanon, and Italy. The US Department of State was offering a $5 million reward for information that helped to capture him.