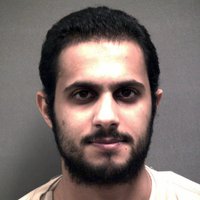 Khalid Ali-M Aldawsari was charged on February 24, 2011, with attempted use of a weapon of mass destruction. He has been convicted and has been sentenced to life in prison. He was in the US from Saudi Arabia on a student visa. According to the supporting affidavit, Khalid had been researching how to construct Improvised Explosive Devices (IED). Authorities found indications he planned to hide explosives in dolls and baby carriages. His diverse targeting included former President Bush's house, reservoirs in California and Colorado, and rush-hour transport in New York City.  His friends commented that he just seemed like a regular guy. He came to the US in 2008. He had a scholarship for tuition and expenses from a Saudi industrial company. He studied English at Vanderbilt University. He studied chemical engineering at Texas Tech University. He had just transferred to South Plains College where he was studying business.