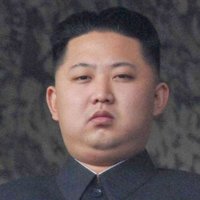 Kim Jong-un became the dictator of North Korea after the death of his father, Kim Jong-il, in December 2011. He follows both his father and grand-father, Kim Il-sung, in that role. He is a threat to global stability and world peace. He has threatened to "wipe out" a scene of previous naval clashes, Baengnyeong Island. Under his leadership, North Korea has threatened the United States with a "pre-emptive nuclear attack" and revealed plans for conducting nuclear strikes on U.S. cities. According to statistics on North Korea in Operation World, North Korea appears to be the only nation in the world where "non-religious" describes a majority of the population. Images of North Korea at night show a curious correlation between the spiritual and literal darkness perpetuated by Kim Jong-un.