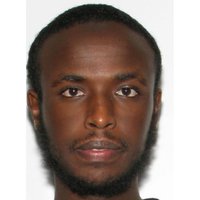 Liban Haji Mohamed is also known as Abu Ayrow, Shirwa, Shirwac, Qatiluhum, and Qatil. He was born on January 4, 1986. He is a naturalized American citizen. He immigrated to the USA from Somalia. He supposedly had ties with Zachary Chesser who has been convicted for aiding terrorists. He worked many years as a taxi driver in Northern Virginia. The FBI is offering $50,000 for information leading to his arrest and conviction. He's thought to have traveled to East Africa to join Al-Shabaab. An FBI spokesman remarked, "It is important for us to locate Mohamed because he has knowledge of the Washington, D.C. area’s infrastructure ... This makes him an asset to his terrorist associates who might plot attacks on U.S. soil." His brother, Gulet Mohamed, is in a legal battle over being placed on the no-fly list.