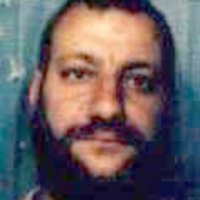 Mahmoud Abouhalima was born in Egypt in 1963. He is at the ADX Florence, CO supermax prison today. He helped load the Ryder truck left to explode at the World Trade Center in 1993, and he drove the getaway car. During adolescence, he joined an outlawed Islamic group in Egypt. In 1981, he dropped out of Alexandria University to fight Russians in Afghanistan. In 1986, he immigrated to the United States and drove a cab in Brooklyn. After the bombing, he fled to Saudi Arabia and back to Egypt, from where he was extradited in 1994.