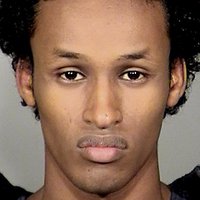 At nineteen years old, Mohamed Osman Mohamud tried to kill or maim thousands of men, women, and children who were gathered at a Christmas tree lighting ceremony in Portland, Oregon on November 26, 2010. At the end of January 2013, he was found guilty by a federal jury. On October 1, 2014 he was sentenced to prison for 30 years. When challenged by undercover FBI agents that "a lot of children" would be there, Mohamed said that he was looking for a "huge mass that will ... be attacked in their own element with their families." Mohamed was born in Somalia. He was brought to America at five years old. He is a naturalized American citizen. His friends at Oregon State University were shocked. They said he was a "stand-up guy" and a "normal college student." Some think that he must've gone "over the edge" after his parents divorced in 2009.