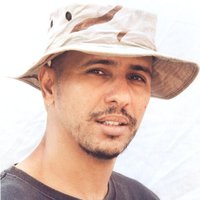 Mohamedou Ould Slahi was released from detention at Guantanamo Bay in October 2016. He was born in 1972 in Mauritania. He had been detained as an Al Qaeda operative and plotter of the foiled 2000 millennium attacks. He moved to Germany in the late 1990s, where he became acquainted with members of the Hamburg cell organizers of the 9-11 attacks. He moved to Montreal, Canada in 1999. In 2000, he fled back to Mauritania where he was subsequently arrested after 9-11 and turned over to US authorities by way of Jordan.