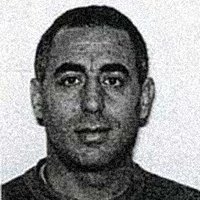 Mohammed Ali Hamadei is a member of Lebanese Hezbollah. He is also known as Mohammed Ali Hammadi. He was born in Lebanon on June 13, 1964. He speaks both German and Arabic. In 1985, he participated in hijacking TWA flight 847 to Beirut and Algiers, during which a Navy diver was murdered. In 1987, he was arrested trying to smuggle liquid explosives into Frankfurt, Germany. In 2005, he was paroled, possibly as part of a covert prisoner swap for German archeologist Suzanne Osthoff who had been taken hostage in Iraq. Mohammed has returned to Lebanon and reportedly rejoined Hezbollah. The U.S. Department of Justice is offering $5 million for information that brings him to justice.