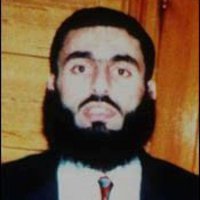 Mohammed Salameh was born September 1, 1967 in Nabulus, Palestine, within a family long opposed first to British rule and then Israeli statehood. He is locked away at the ADX Florence, CO supermax prison for his part in the 1993 World Trade Center bombing. After renting the Ryder truck, he reported it stolen the day before the bombing. In the following weeks, he kept trying to get his $400 deposit back. He entered the USA on a 6 month tourist visa in 1988 and stayed on illegally.

Mohammed A. Salameh on Wikipedia