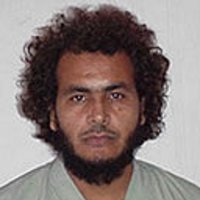 Muhammad Abdullah Khalil Hussain ar-Rahayyal is wanted for his role in the hijacking of Pan Am flight 73 on the ground Karachi, Pakistan, on September 5, 1986. During the incident he and three other hijackers began firing indiscriminately. They killed 20 people and seriously wounded 100 others.  He is believed to be a member of the Abu Nidal terrorist network. He is a Palestinian born in Lebanon in 1965. Authorities believe he is hiding in Pakistan following his release from a jail in Karachi in 2008. The US Department of Justice is offering $5 million for information leading to his capture.