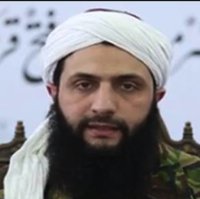 Muhammad al-Jawlani is also known as Abu Muhammad al-Golani. He is the senior leader of the the Syria branch of al-Qa’ida called the al-Nusrah Front (ANF). Under his leadership, the ANF has carried out multiple terrorist attacks throughout Syria, often targeting civilians. In April 2015, ANF reportedly kidnapped, and later released, approximately 300 Kurdish civilians from a checkpoint in Syria. In June 2015, ANF claimed responsibility for the massacre of 20 residents in the Druze village Qalb Lawzeh in Idlib province, Syria. The US Rewards for Justice Program is offering $10 million for information about him.