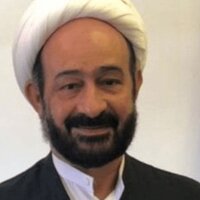 Muhammad Kawtharani is also known as Jafar al-Kawtharani. He is a senior leader of Hizballah’s forces in Iraq. The US Department of Justice is offering $10 million for information on his activities, networks, and associates. He is filling the shoes of the late commander of Iran's clandestine military operations, Qasem Soleimani. Kawtharani was born in Iraq, liekly in the late 1950s. He studied in the Shiite holy city of Najaf. He and his Iraqi wife have four children.