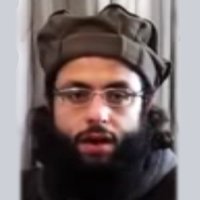 Muhammad Khadir Musa Ramadan is also known as Abu Bakr al-Gharib. He was born in Jordan. He is a senior leader and a key propagandist for the Islamic State of Iraq and Syria (ISIS). He is one of its longest-serving senior media officials. He overseas daily media operations to include managing content for dispersal to a worldwide network of supporters. His work radicalizes, incites, and recruits jihadists around the world. Work that he's planned, coordinated, and produced includes brutal scenes of torture and mass execution. He even led an effort to purge ISIS of moderates by imprisoning members not sharing his extremist interpretation of Islam. The US Department of Justice is offering $3 million for information that brings him to justice.