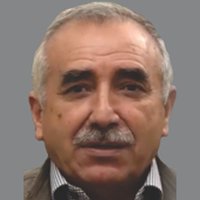 Head of the HPG in the PKK

Murat Karayilan is also known as Cemal. He was born on June 5, 1954 in Sanliurfa, Turkey. He is is indicted by the Government of Turkey for inciting violence. He is head of the People’s Defense Forces (HPG) and a senior leader of the Kurdistan Workers Party (PKK). The PKK has targeted Turkish government officials, police and security forces and indiscriminately injured and killed civilians. It obtain weapons through criminal activities across Europe. It uses suicide bombers, vehicle borne improvised explosive devices (VBIEDs), and other indiscriminate terror tactics. It also recruits, abducts, and indoctrinates youths to employ as militants. In 1993, it kidnapped 19 Western tourists including an American. In 1995, it injured two Americans in a bombing. In 2015 and 2016, it expanded attacks across Turkey, metropolitan centers, and tourist destinations on Turkey’s Aegean and Mediterranean coasts. In August 2016, the group claimed a car bomb attack against Sirnak police headquarters, killing 11 and wounding more than 70. In June 2017, it attacked a military convoy in southeastern Turkey, killing over 20 soldiers. Since 2015, the group has been responsible for the deaths of over 1,200 Turkish security officials and civilians. The Department of Justice is offering $5 million for information leading to Murat's capture.