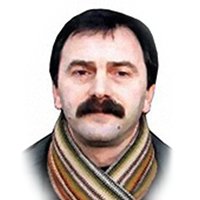 Musa Asoglu was sentenced to over 6 years in prison by a German court in June 2019. He is a citizen of Turkey. He was born there on August 15, 1961. He has been a key leader of the Revolutionary People's Liberation Party/Front. In Turkish it is called the Devrimci Halk Kurtuluş Partisi Cephesi (DHKP/C). Musa Asoglu joined DHKP/C in the 1990s while a resident of the Netherlands. He reportedly inherited leadership of the group after its founding leader died in 2008. He reportedly ordered the February 1, 2013, suicide bombing attack on the U.S. Embassy in Ankara, and he is also believed to have been responsible for the March 2013 attacks against the Justice and Development Party (AKP) headquarters and the Turkish Ministry of Justice. The DHKP/C has targeted U.S. interests, including U.S. military and diplomatic personnel and facilities since its creation in 1994. Its goal is to abolish the U.S. and NATO footprint from Turkey, and establish a socialist state. The US Department of State was offering a $3 million reward for information to capture him.