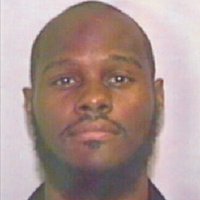 Narseal Batiste was the ringleader in a plot to blow up the Sears Tower (now Willis Tower) and FBI offices. On June 23, 2006, he and six others were captured by the FBI at a warehouse in Miami, FL. On Friday, November 20, 2009, a judge sentenced him to prison for thirteen years and six months for conspiring to aid Al Qaeda, for plotting to blow up buildings, and for conspiring to wage war against the U.S. Four of his co-conspirators (Burson Augustin, Rotschild Augustin, Patrick Abraham, and Stanley Phanor) have received sentences between six and ten years. In FBI taped conversations, he said that he wanted to build an army for Jihad. At sentencing he apologized to his family and followers saying that "arrogance and pride" had led him down the wrong path. Four members of his immediate family are Christian ministers.